A solar photovoltaic (PV) system is a technology that converts sunlight directly into electricity. A solar PV system is composed of individual solar cells, made of semiconductor materials, that connect together to form solar modules/panels and produce electricity. This electricity can be used on-site, be fed back to the electric grid, or be stored in batteries.

DISTRIBUTED GENERATION PROJECTS generate electricity at or near where it will be used, supplying power to customers while reducing electric losses along transmission and distribution lines.  Most distributed generation projects are community solar projects, commercial rooftop solar projects, or smaller ground-mounted solar projects.    These systems are typically 5 megawatts (MW) ac or less and must have a customer(s), known as the “off-taker,” to purchase the electricity.

LARGE SCALE RENEWABLE ENERGY FACILITIES can include utility-scale solar or wind generation. Large-scale (utility-scale) solar PV installations are greater than 5 MW ac, cover a greater number of acres, produce energy on a larger scale, and are built primarily to supply electricity to the grid.  According to 94-C Regulations, any co-located battery energy storage system (BESS) that stores energy generated from a renewable energy facility would also be considered part of that energy facility.

Why are Large Scale Solar Energy enterprises choosing to locate within Livingston County? 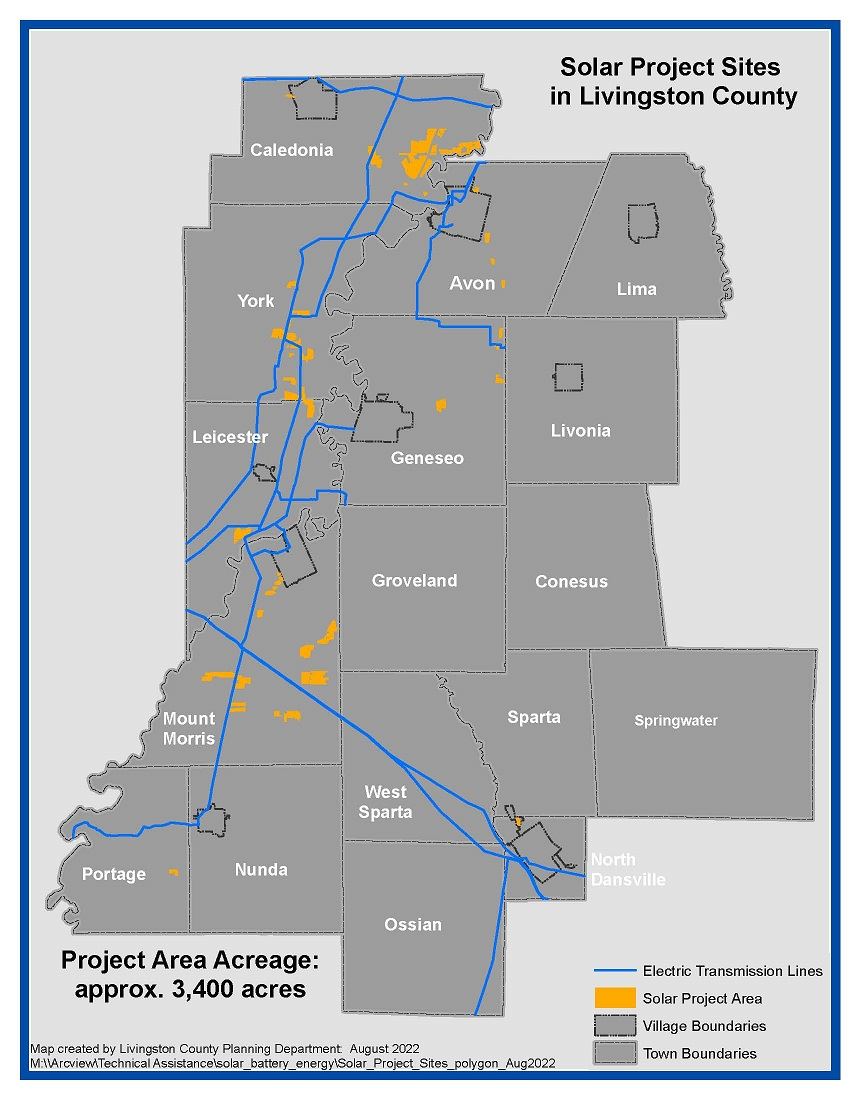