Due to a current road closure on State Route 408 in the Town of Groveland, drivers should plan ahead and follow all posted detour signs while traveling to Al Lorenz Park.

Shuttle service will be available on the Murray Hill Campus. Shuttles will run approximately every 15 minutes. Look for signage as you enter the campus. 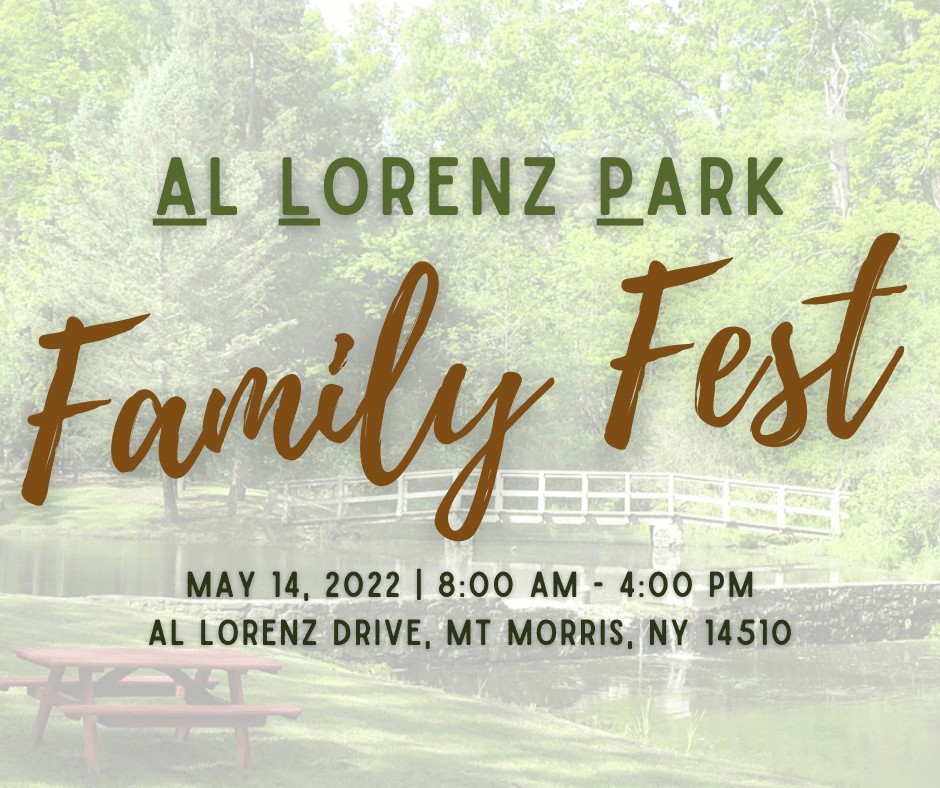 We encourage you to stop by the Livingston County Safety and Wellness Fair occurring on the Murray Hill Campus from 11:00 a.m. - 2:00 p.m. Click here Version OptionsAl Lorenz Park Family FestHeadline for more information.

The following map displays the various amenities at Al Lorenz Park. We hope you enjoy all the park has to offer! 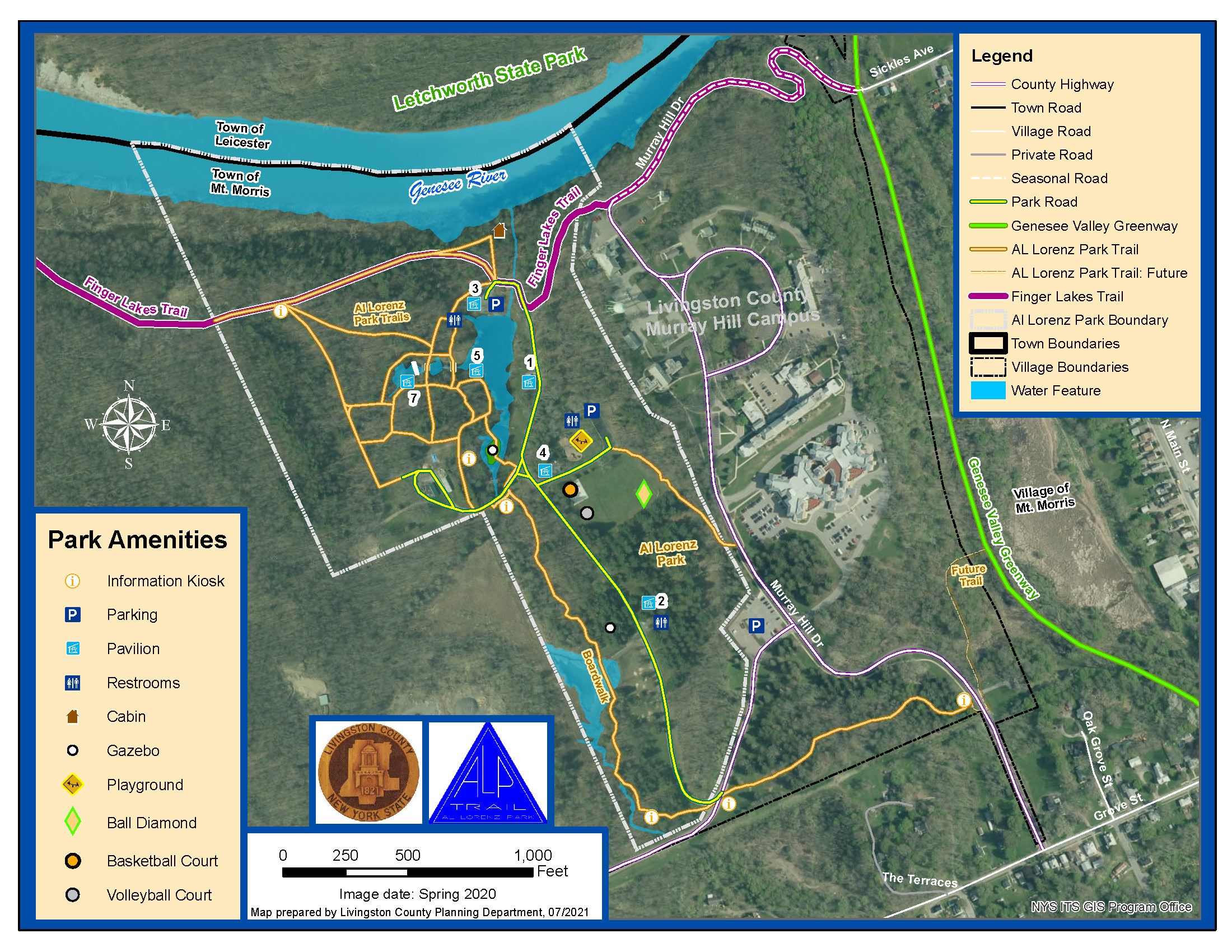 Al Lorenz Park has been a greenspace for generations, dating back to prehistoric people and the Seneca Nation, who consider the Genesee Valley their ancestral home. The park has continued to provide recreational opportunities to the present day.

In 1839, John R. Murray Jr. built a residence on what became known as Murray Hill and lived there with his wife, Anna Olyphant Murray. The Murrays developed the grounds with fishponds and gardens. Between the 1860s and the 1930s, the property passed though the hands of several other families, including Charles O. Shepard, who raised prize livestock, and George L. Williams, who planted Murray Hill with trees and shrubs sourced from the 1901 Pan-American Exposition. During the early 1900s, the Pattison family likely built the log cabin in what is now Al Lorenz Park.

After the Murray Hill property opened as a New York State tuberculosis hospital in 1936, hospital staff and employees enjoyed the parklands surrounding the campus, including swimming in the pond. The hospital closed in 1971 and Livingston County purchased the Murray Hill campus. In 1974, Livingston County dedicated the county's first park, encompassing 80 acres and later named in honor of Al Lorenz, the longtime park superintendent. Livingston County has continued to maintain and improve Al Lorenz Park with trails, pavilions, and other park amenities for the public to enjoy. 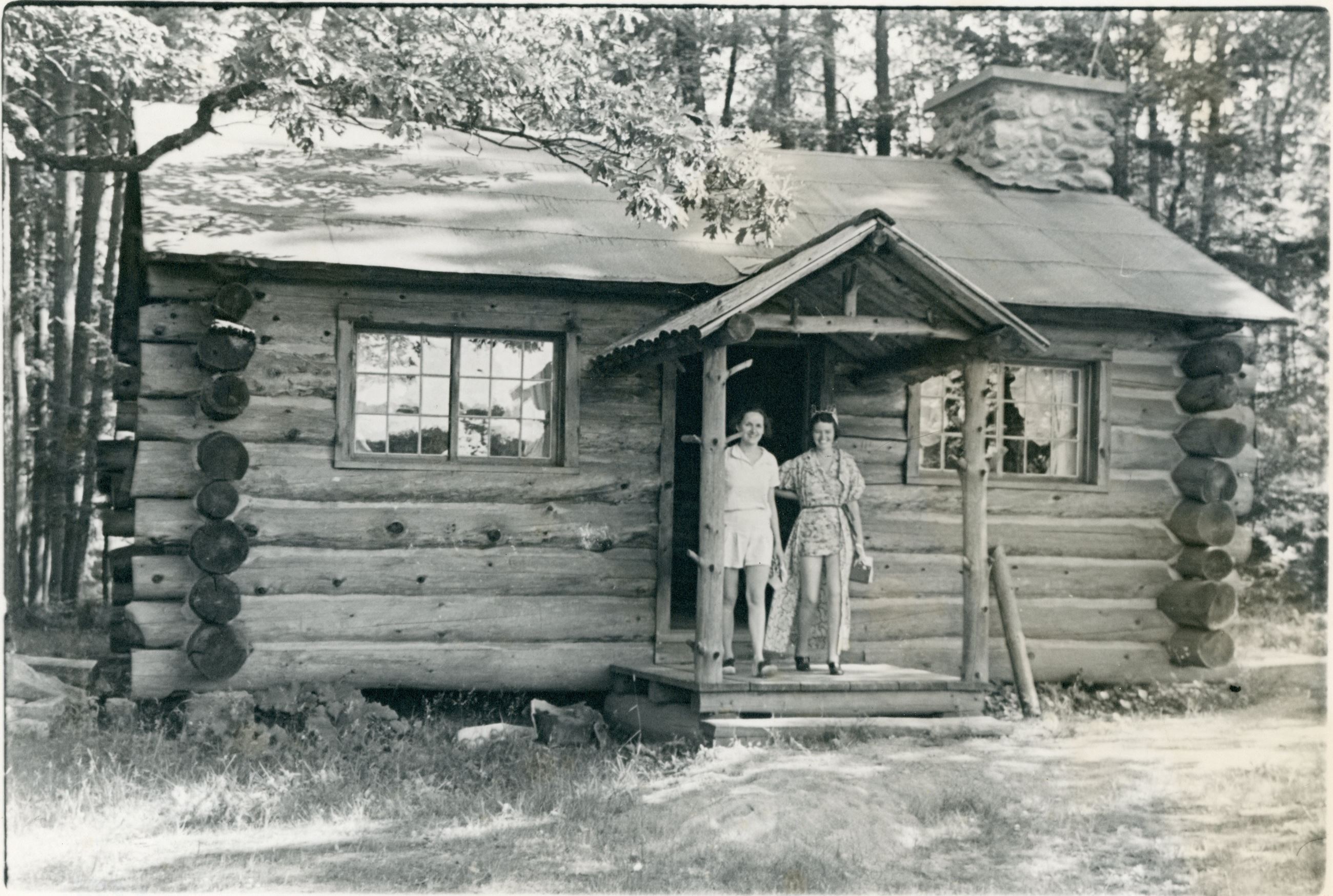 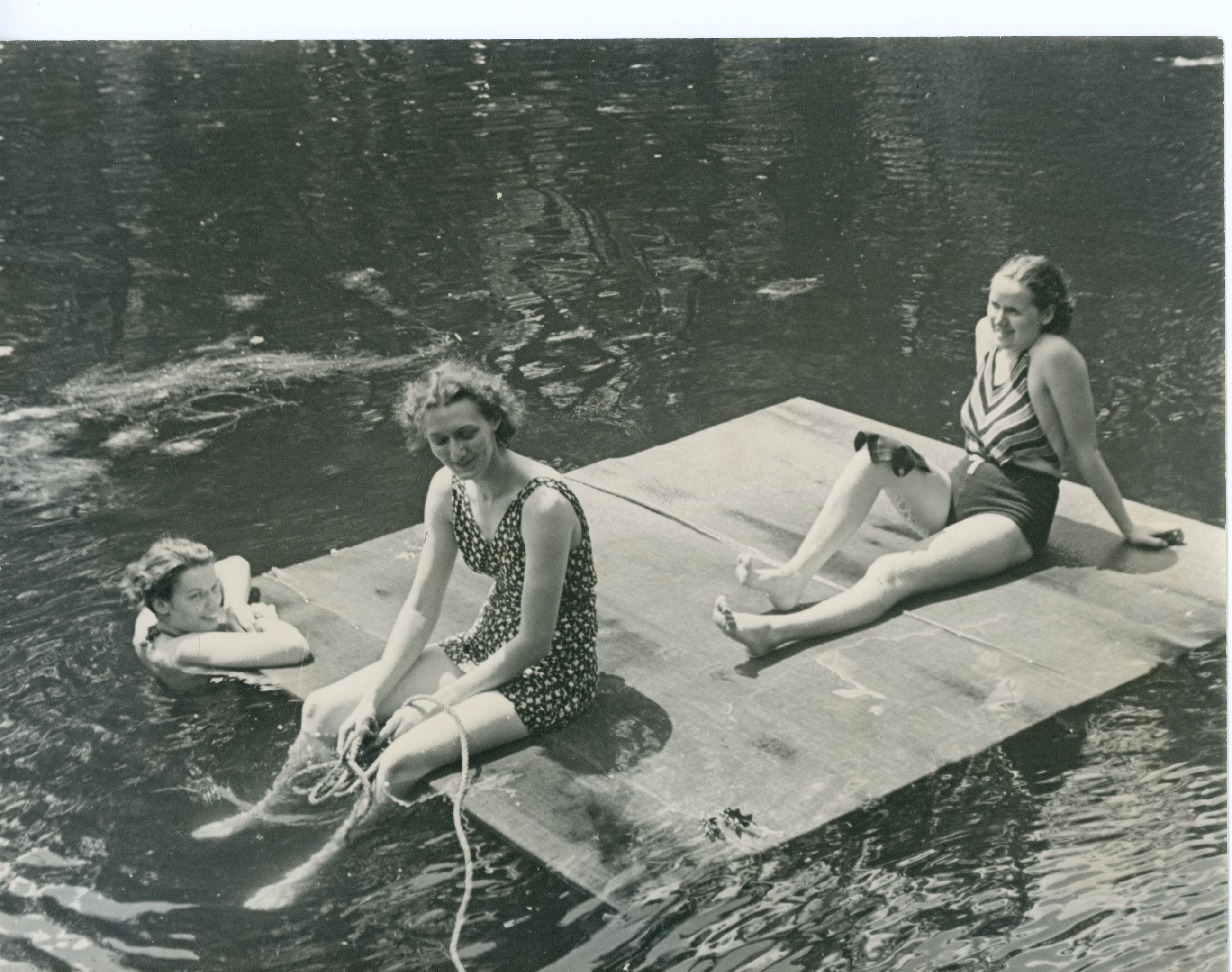 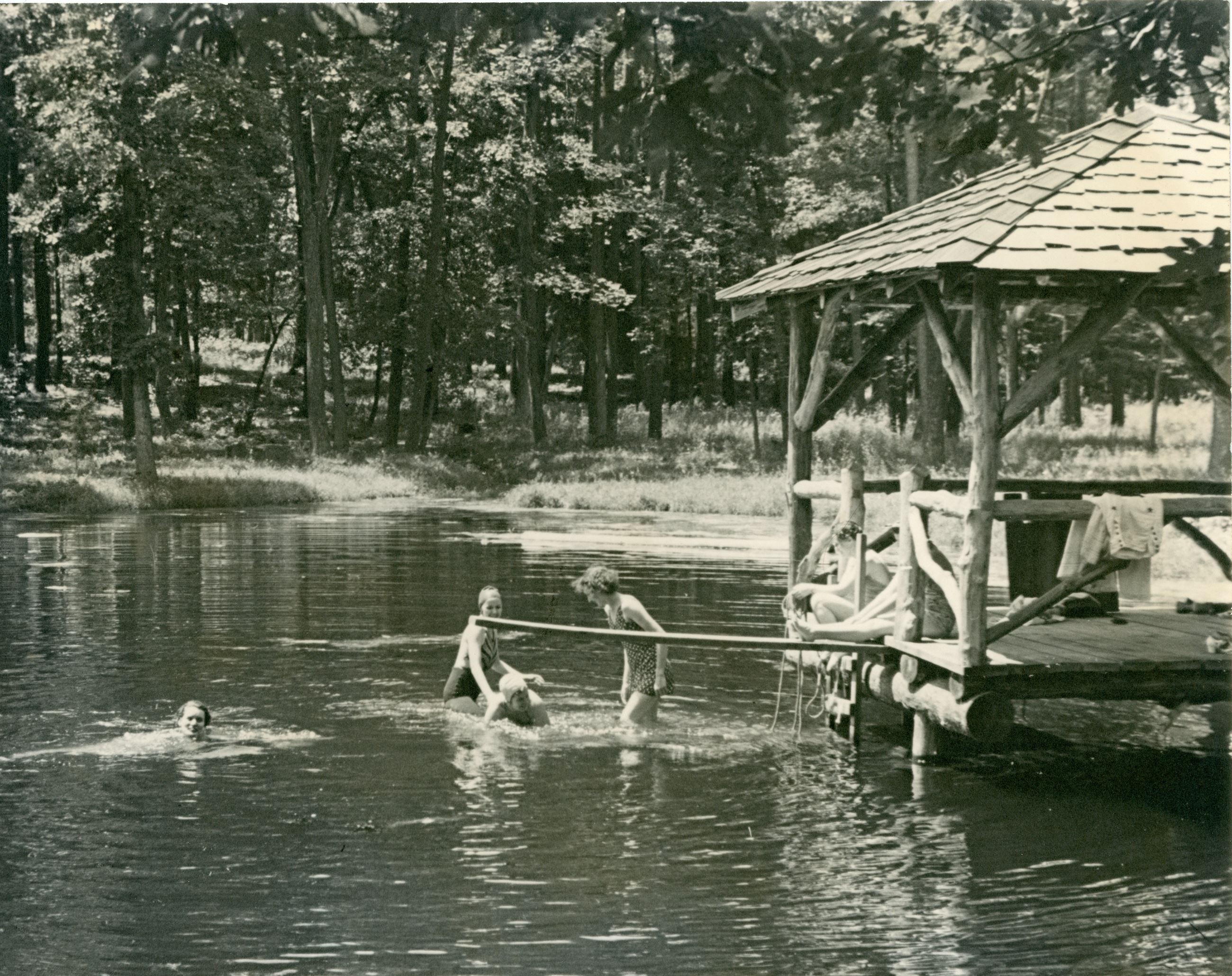